The National Living Wage is increasing- what does this mean for your business? 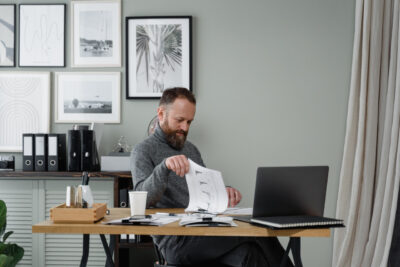 The government has recently announced that the national living wage is set to increase from April of next year, rising from £8.91 to £9.50 an hour. This boost, which is to affect those aged over 23, represents a pre tax increase of £1074 for full time workers and was officially announced as part of Chancellor Rishi Sunak’s 2021 Budget.

The increase, which has come off the back of recommendations from independent advisors, the Low Pay Commission , represents a welcome boost for those in the lowest income positions and is set to support the living standards of workers as employment levels begin to return to pre-pandemic figures.

Brian Sandserson of the Low Pay Commission confirms the increase’s commitment to supporting low paid workers, stating that: “The rates we recommended will put money in the pockets of care-workers, food distributors and many other groups of the lowest-paid members of our society up and down the UK. Many of them have made a vital contribution during the last few difficult months.”

The National Living Wage increase is, therefore, a welcome indication of the post-pandemic recovery being enjoyed by the wider UK market. It will also be a welcome boon to those low paid workers who have experienced significant disruption and uncertainty over their income over the past two years.

For businesses however, this increase represents a significant shift in legislation and of course will put a significant burden on their pay teams to ensure that they are fully compliant and ready to meet the change once it comes into effect in April 2022.

So what does the National Living Wage increase mean for your business?

The UK National Minimum Wage defines the least amount that a worker can expect to be paid per hour by law.

The National Minimum Wage applies to workers above the school leaving age but under 23 years old and is designed to protect the income of the youngest employees, particularly those just entering the workforce. The minimum wage works on a degree of different pay scales depending on the age of the employee:

From April 2022, the National Minimum Wage will look like this:

The National Living Wage was introduced in April 2016, replacing the minimum wage for employees aged 25 and over (extended to 23 and over in 2021). The introduction was seen by many as the government’s intent to move away from a low wage, high tax, high welfare society by driving more earning potential through people’s pay packets and reducing the reliance on state top-ups to salaries through social benefits.

From the 1st April 2022, the National Living Wage will increase by for over-23s: from £8.91 to £9.50 an hour, increasing alongside the minimum wage and apprentice rates.

What do businesses need to be aware of?

First and foremost, the most obvious area of concern for businesses will be the implications of non-compliance with the increase. All businesses are mandated by law to adhere to National minimum wage figures and organisations which fail to keep up with changes run the risk of not only incurring significant legal challenges but also disgruntling and alienating their workforce.

Another significant point which businesses need to be aware of is that the minimum wage increase isn’t happening in a vacuum. This boost to worker’s income is set against the wider backdrop of the Chancellor’s annual budget and will be introduced in lockstep with similar increases to national living wage and Apprentice rates.

For some businesses, this may mean having to juggle a variety of shifting pay schemes across multiple areas of their organisation. Dealing with multiple increases inevitably brings with it the increased potential for error and heightened anxiety around non-compliance which can be damaging not only from the professional perspective of payroll teams but also to an organisation’s overall brand.

Since March 2014, the financial penalties for not adhering to the figures set, have also increased, from 50% to 100% of the total underpayments. For businesses, particularly those smaller ones who are looking towards their post-pandemic recovery, the consequences of non-compliance could very well jeopardise their finances beyond the point of no return.

How can businesses prepare?

With the dust settled on the Chancellor’s budget update, the priority for businesses will be ensuring that they are in a position to effectively meet the upcoming changes to pay scales and guaranteeing accuracy and compliance in their payroll process.

Organisations will do well to push out communication to their people, making any affected employees aware of what they can expect to receive as part of their pay packet moving forward. This serves two purposes: first of all, it demonstrates your organisation’s commitment to meeting the changes and paying your people accurately. Secondly, by making employees aware of any upcoming changes, you furnish them with the information they need to be able to identify discrepancies or inaccuracies with their wages, allowing your pay teams to get on top of any anomalies before they spiral out of control.

The best way that businesses can help support their payroll people in preparing for the national minimum wage increase, is by ensuring that the systems and processes they use are robust enough to handle the admin and checks and balances which are an inevitable part of the pay cycle.

At Mitrefinch, we understand that meeting the challenge of the minimum wage increase is vitally important for your business. Failure to pay your people accurately and on time can lead to an alienated workforce and an eroded sense of faith and confidence of employees in their place of work. Furthermore, non-compliance presents a number of significant hurdles both legally and financially, which hold the potential to severely hamper the recovery and future growth of an organisation.

We know just how important it is that your pay cycle is accurate and compliant each and every time you run it, which is why our Flexipay solution has been designed to help support your pay teams and ease the burden of tiresome admin tasks and manual processes which plague the pay process for many.

Designed by experts within the field of payroll, Flexipay gives you an unmatched ability to free your payroll teams, unburdening them from manual input, taking the strain of automatic cross checks and balances, ensuring that your payroll information is collated and updated in real time, giving you the piece of mind to know that your data is accurate right up to the moment that you run your wage cycle.

The minimum wage increase represents a welcome boost for the lowest earners across the country and a way for businesses to reward the efforts of their people and go some way towards safeguarding their financial wellbeing.

If you would like to find out more about how your business can prepare for the imminent changes to the national minimum wage and how Flexipay can help support your organisation in navigating changing pay cycles, get in touch with one of our friendly team members today.

All posts Legislation Mitrefinch News Payroll
Are you worried about workforce shortages?

All posts Legislation Mitrefinch News Payroll
Salary Increases: How Does the UK Compare to the Rest of the World? 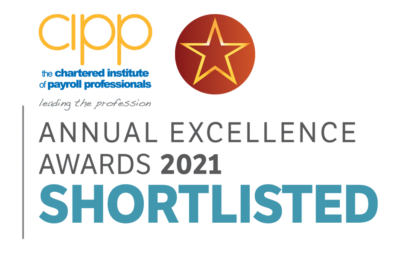