New figures from HMRC suggest up to £3.5bn furlough claims are fraudulent or paid in error

With the CJRS due to finish at the end of October, HM Revenue and Customs have informed MPs on the Public Accounts Committee that they estimate between 5-10% of the money given to businesses under the scheme has been wrongly awarded.

Speaking to the Public Accounts Committee on Monday, Jim Harra, HMRC permanent secretary, said that the department was looking into 27,000 “high risk” cases where they believe an employer has made a serious error in the amount being claimed under the scheme. 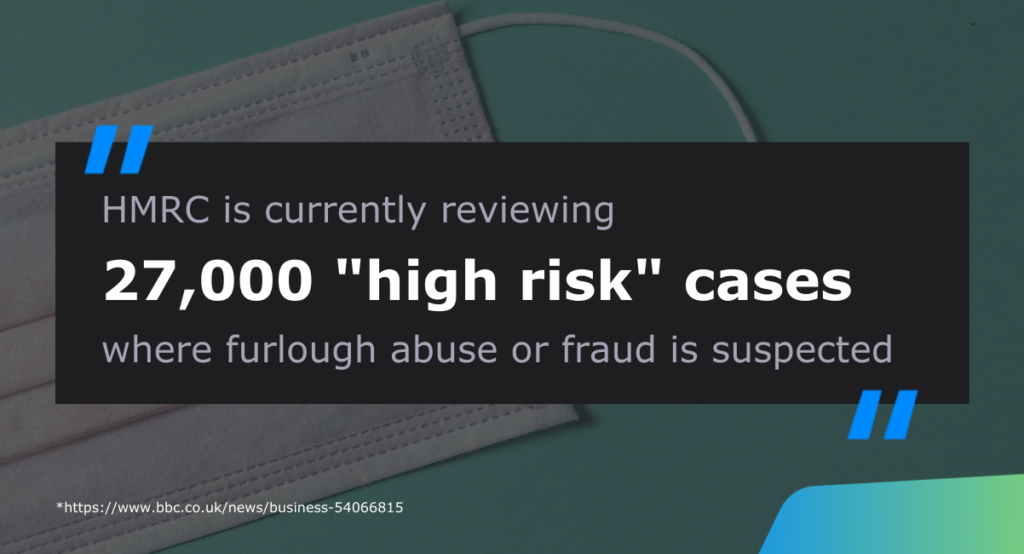 Used by around 1.2 million businesses in the UK to cover 9.6 million workers during the pandemic, the CJRS is one of the most significant support schemes ever offered in the UK, and has cost the government £34.5bn to date. Addressing MPs, Mr Harra said “[W]e have made an assumption for the purposes of our planning that the error and fraud rate in this scheme could be between 5% and 10%,” and “that will range from deliberate fraud through to error.”

Given these figures, it’s estimated that around £3.5bn claims have been made, and paid, fraudulently or erroneously since the scheme began in March 2020. Both the HM Treasury and HMRC were ordered to appear in front of MPs to explain how they intend to address and reduce the problem.

The story so far

Launched on the 19th March, just before the UK entered lockdown which saw the closure of all non-essential businesses, the CJRS furlough scheme was designed to support businesses and their staff by covering up to 80% of workers’ wages.

On the 29th of May 2020, chancellor Rishi Sunak announced some significant changes to the furlough scheme for employers and employees. This included outlining the plans for tapering the furlough scheme after a total of eight months to end in October and that furloughed workers can go back to work part-time from the 1st July.

From August, employers were asked to pay a modest contribution towards their furlough workers wages beginning with a contribution of just 5% of the total employment costs. This month, in September, this amount increased to 10% whilst the taxpayer contribution dropped to 70%. Despite cries to extend the furlough scheme in the UK, in October employers’ contributions will increase to 20% before the scheme officially ends at the end of October.

What action is being taken?

In July 2020, HMRC announced that they suspected that there had been in excess of 3,000 reports of furlough fraud to HMRC since April 2020. Since then, over 27,000 “high risk” cases have been flagged. 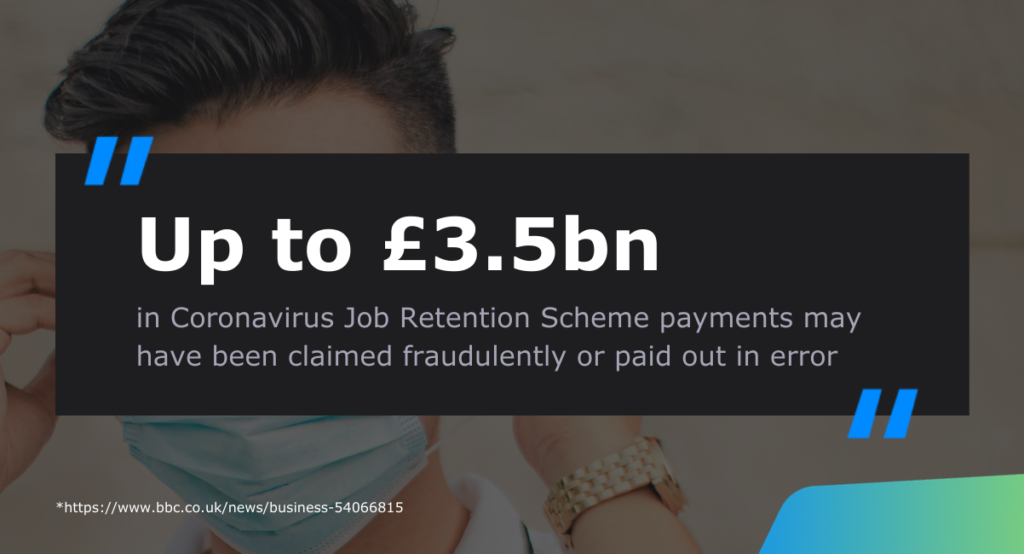 To try to combat fraudulent and abusive claims, HMRC launched the Finance Bill 2020 which gave powers to investigate claims made through the Coronavirus Job Retention Scheme (CJRS) for five years. If HMRC can prove that an employer broke the rules of the furlough scheme intentionally, the employer could face a prison sentence of up to 10 years.

Learn more about the Finance Bill 2020 with Mitrefinch

In the same month, July 2020, HMRC has started to write to around 3000 “selected” organisations per week from the “high risk” cases based on the information that it holds about them. On the 9th July 20202, the first arrest was made for alleged furlough fraud of £495,000, showing just how seriously fraudulent claims are being taken.

In his statement, Mr Harra clarified that;

“[W]e are not going to set out to try to find employers who have made legitimate mistakes in compiling their claims, because this is obviously something new that everybody had to get to grips with in a very difficult time.”

“Although we will expect employers to check their claims and repay any excess amount, what we will be focusing on is tackling abuse and fraud.”

What does this mean for employers?

As Mr Harra noted, HMRC appreciates that there was a steep learning curve with furlough claims and that any mistakes can be repaid by businesses who have made legitimate errors with their claims.

Employers are urged to review and check their claims and notify HMRC immediately of any errors.

Employers should also strive to comply with the laws and legislations surrounding furlough payments, and continue to accurately track and record their workers hours.

Employee records should be kept and maintained for a minimum period of five years following the end of the CJRS in October.

Read our guide on the importance of keeping accurate workplace records.

At Mitrefinch, we have long advocated the use of tried-and-tested time and attendance software to maintain compliance whilst managing a remote, flexible, workforce. Our Flexible Furlough Workforce Management Software allows you to capture, record, and report on your workforces’ hours accurately; enabling you to make successful claims under the flexible, furlough scheme.

If you are concerned about managing your workforce during this time we can help assess your current workforce management solutions and can even get time and attendance systems up and running in under two weeks. Talk to a member of our team about your unique challenges today.

Crisis Management
Essential Advice for Employers: New “Flexible” Furlough and What You Need to Do to Be Eligible