Furlough Scheme Changes: What It Means For You 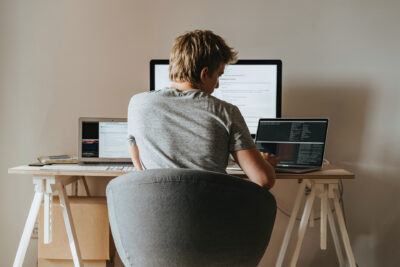 The furlough scheme is set to change imminently from the 1st of July, with the level of contributions made by the government scheduled to reduce gradually in the run up to the end of the scheme in late September.

Chancellor Rishi Sunak announced the changes during the spring budget in March of this year when he confirmed the extension of the scheme.

The most significant change for employers will be the level of contribution expected by them. As of the 1st of July, in order to qualify for furlough support, businesses will be expected to contribute at least 10% of wages for hours not worked. Although many organisations have previously been making up the shortfall of the remaining 20% of employee wages, any contributions will have been voluntary.

Why are these changes significant? Most importantly, many businesses across the country are still in a state of flux. The previously touted “Freedom day” on the 21st of June which would have seen restrictions lifted for all businesses, has now been delayed until the 19th of July. While many businesses have been reaping the benefits of increased footfall as a result of an easing of restrictions earlier in the year, the month’s delay has had a knock on effect for many who were looking towards the 21st of June as a light at the end of the tunnel.

The easing of restrictions in April of this year has meant that for many businesses, there is less of a reliance on the government’s furlough scheme, as they are now able to operate in a largely business as usual capacity. However, for many companies, particularly those in the hospitality and leisure sector- the delay to the easing of restrictions represents a significant strain for businesses who have already bore the brunt of more than a year of disruptions.

As the changes to the furlough scheme come into effect, the nation will be split largely between businesses who have been able to reduce their reliance on the grant and those who are as of yet, unable to operate in any meaningful fashion and are more dependant than ever on government support. Furthermore, the increased expectation of employer contributions will be less significant to those businesses who have experienced a relative sense of normality as restrictions have steadily eased. For many in those shuttered up hospitality and leisure sites, that 10% outlay may represent an unmanageable stress on already strained finances.

As with everything related to furlough, the responsibility will fall to business owners and their payroll teams in order to ensure they are prepared for these changes and in a place to remain compliant. This is yet another example of just how the past year has expected payroll professionals to shoulder the burden of ensuring that the pay process is accurate The past year has proven the effectiveness of payroll systems in allowing organisations to remain flexible to rapid shifts in legislation and these changes will undoubtedly find payroll professionals leaning on their systems once more in order to support them.

Crucially for businesses, July 1st represents just the beginning of changes to the furlough scheme. With September 21st signalling the end of the scheme entirely, organisations will need to be prepared for the effect this will have not only on their finances but their overall workforce structure. With these shifts in mind, businesses across the country will need to begin driving conversations around expectations and how to mitigate the impact to their organisation and people.

At Mitrefinch, we understand the power of technology to support businesses. Our Flexipay solution has helped payroll and finance teams across the country remain agile and effective, no matter the circumstances. If you would like to find out more about how we can help you in the run up to the furlough changes and beyond: Contact one of our friendly team members today.